A visit to Wells. 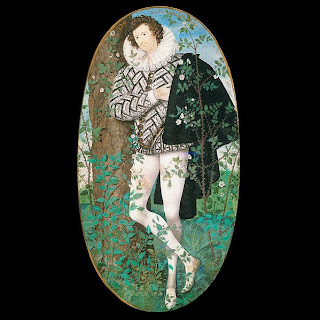 We made a quick trip to Wells in Somerset to see The Hilliard Society of Miniaturists Annual Exhibition in the Town Hall. If you are in the area it is well worth a visit. Needless to say that the art on exhibition is miniature, a portrait subject being under two inches and all other paintings under four and a half inches by six inches. Don’t worry, magnifying glasses are handed out to visitors.

I had seen some of the work before on a blog belonging to the artist Tracy Hall but you have to see the actual paintings close up to marvel at the artistry and skill which goes into their creation. You will find a link to Tracy’s blog in my sidebar. 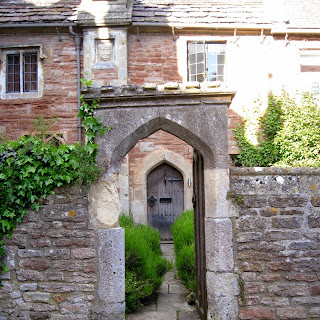 Wells is a beautiful cathedral town with medieval architecture, cobbled streets and lovely walks around the Bishop’s Palace and gardens. It is the smallest city in England and lies between the Mendip Hills and the Somerset Levels. The walk around the moat made me think of “The Lady of Shalott”. 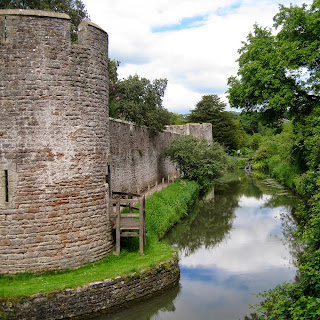 We admired the cathedrals beautiful medieval clock and arrived in time to watch the interior display and automaton known as Jack Blandifers, who hits two bells with hammers and two with his heels. The photograph here shows the outer dial and quarter-jacks on the north transept. 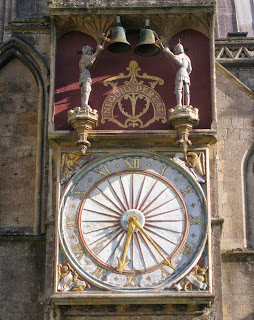 Vicar’s Close is said to be “one of the oldest purely residential streets still intact in Europe”, being built in the mid fourteenth century. It is rather like arriving on a film set and so lovely to see a cobbled street with no cars, litter or wheelie bins! 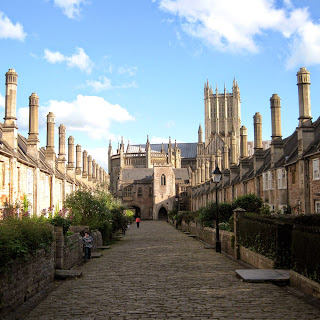 Our time was rather limited, needless to say I returned filled with enthusiasm and ideas and a desire to return to Wells in the not too distant future. 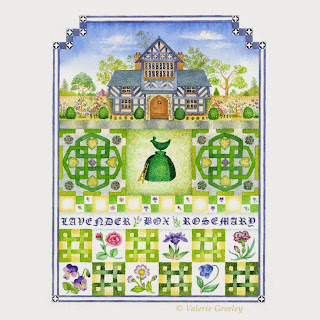 May has been a month of flowers, gardens and Shakespeare. We visited Stratford-upon-Avon to see Henry 1V part one then onto London to see King Lear at The National. The latter is not a play for the queasy, or for those who faint at the sight of blood. I believe such people are referred to as "droppers"! My husband had the tickets bought as birthday presents and it was just coincidence we had something of a Shakespeare fest. Both plays were magnificent and the acting was superb, as you would expect, in particular Simon Russell Beale who played Kind Lear. 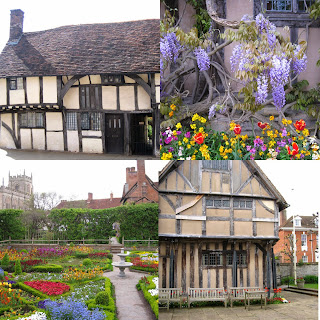 Stratford was every bit as beautiful as you would imagine. Elizabethan buildings to explore and gardens to delight. So much to see, museums and houses connected with the bard and his family. I particularly love the knot gardens, they always remind me of embroidery. Books and bookshops everywhere- 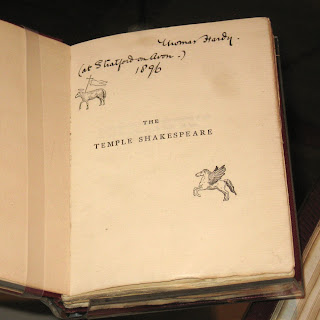 We live in a world of computer graphics, television and film and are used to seeing fantastic recreations of the past and yet the theatre still holds such magic. Both productions excelled when in came to scenery, lighting and costumes; these combined with the acting skills of the players and the magic of Shakespeare’s words left a great impression. In the days that followed I found myself relating to the words “Nothing will come of nothing”. Each time I try a new venture there is a voice, which tells me that nothing will ever come of such a thing. If I publish my book nobody will ever buy it, if I paint a new subject nobody will ever like it, the list of self-doubt goes on and yet, if we don’t even try then nothing will surely come from nothing? I know there are many interpretations to that particular saying but that is my understanding of it. 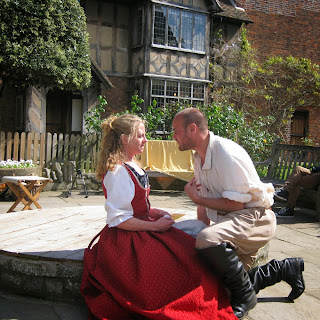 And so, with that in mind, I try my hand yet again at painting in miniature and try not to dwell on the wisdom (or foolery), which persuaded me to self publish my own books. 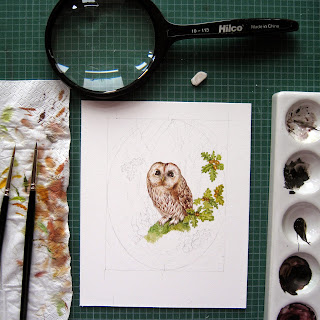 We have also enjoyed the most wonderful May sunshine and our own little garden has been awash with flowers which self-seeded from last year. The aquilegias in particular have been prolific. When I say “self seeded” that is not entirely true as last year I went around the garden like some crazy woman shaking the dried flower heads from last years crop. 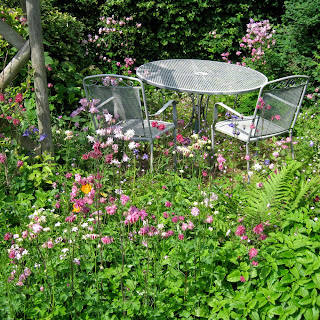