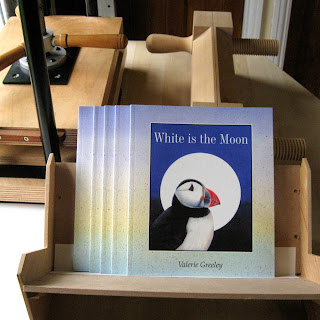 I should start this post by saying how deeply touched I was by all your lovely messages of support and kind comments following the death of our beloved dog.
I had not prepared myself for the feeling of loss and desolation his departure has caused. Those of you who have formed a bond with a pet will know how different life is without them.

Enough, or we shall all be in tears!

There is much to celebrate, Easter brought family visits made extra special this year by the addition of our darling grand-daughter Edie Rose.

Spring has sprung here in Cheshire and the garden is bursting with life and colour. 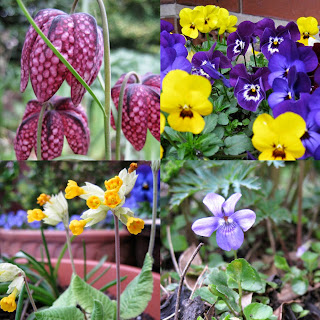 My journey into the world of hand made books continues, this time Secret Belgian Binding was the subject of our latest workshop with Alan Fitch from The Farthing Press. Alan also runs courses from his bindery in Powys with accommodation provided, a lovely way to combine a holiday with learning. 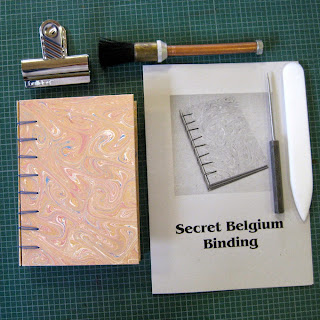 Last but not least, my book samples for “White is the Moon” finally arrived. I was so anxious about them but I am happy to say that they have surpassed my expectations. This is a title that I originally illustrated when our boys were little. It was published by Blackie and Son Ltd in the UK and by Macmillan in the USA. Gradually it went out of print and we decided to publish it ourselves as an Acornmoon Books edition. This may prove to be foolhardy given the lack of bookshops and the increased demand for e-books but we are being cautiously optimistic. I have been busy making an on-line shop, which you can see in my sidebar.

In addition to my latest book, I have found a few boxes of older out of print titles. All of these are in an unread, untouched condition. Some have become collectable and can be seen on other book sites for a vast array of prices, I am pleased to say that I have kept to their original price and can offer some real bargains until my stocks run out.

If anyone is interested in these children’s picture books or babies board books I am happy to sign them and add a dedication. You can see what is on offer by following this link. All of the books will be posted from the UK by Royal Airmail, and I am happy to post to any far-flung corner of the globe! 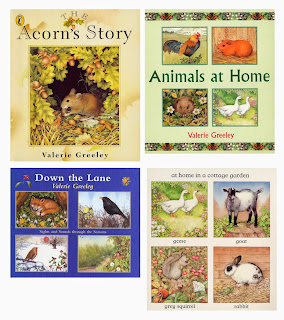 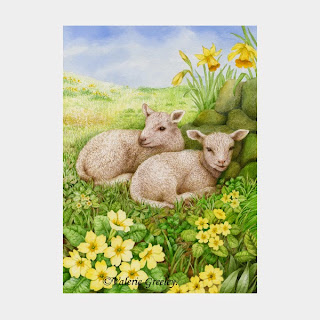 The Lamb
BY WILLIAM BLAKE

May you all have a Blessed Easter. 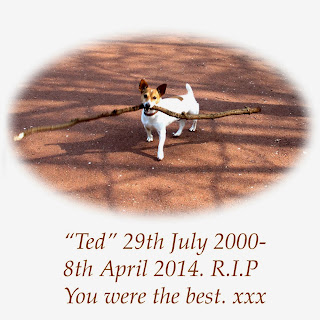 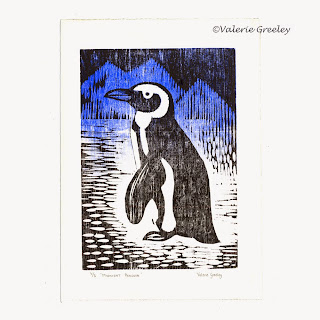 For the last four Wednesdays I have been taking part in a Woodcut Printing Class at The Hotbed Press in Salford/Manchester. Our lovely course tutor was Oliver Flude who has a website here-

Oliver inspired us by his skill and enthusiasm for his craft and showed us some of his own prints together with the blocks he had used.

Previously I have tried my hand at wood engraving where the image is engraved onto the end grain of a piece of hardwood. In woodcut printing the long-grain is used, this is very different and has a charm all of its own. Unlike wood engraving, this method of printing is capable of showing some of the character of the wood. The wood is softer and the grain more a feature in the final print.

Over the course we had four three-hour sessions, to learn the basics. All our efforts had to be concentrated into creating an image in a short space of time. This meant that a bold, energetic and free style took over from my usual tightly controlled style. This was both liberating and scary in equal measures.

We had the luxury of printing on a beautiful old Columbian Press, the hours flew by and everyone had an enjoyable and productive time. 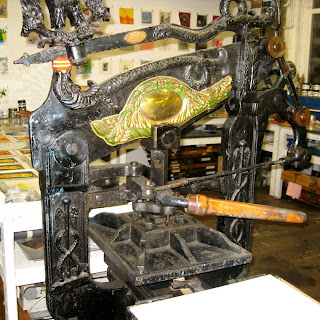 In the first week we got to try out various tools and learn the kind of marks they made. The wood we used was a Japanese plywood which was easy to cut into along the grain, not so easy cross grain. We all managed to produce a one colour print- here is my first effort. 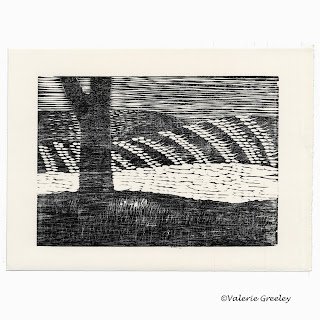 In week two we introduced colour, using a reduction technique. My print was a disaster and went into the bin. However, they say you learn by your mistakes.

On the third week we used a combination of techniques including paper stencils. 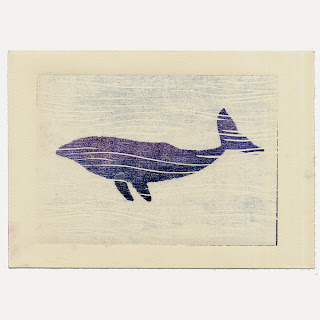 On the final week we pulled everything together and produced our final images.
My penguin was a reduction print using a gradation of blue into white and then a second printing of black on top.(see top).

At the end of four weeks we were all sad to say farewell, everyone enjoyed taking part and I think we will all use our newfound skills in the future.

If anyone is interested I have put some of my prints in my Etsy shop- https://www.etsy.com/uk/shop/acornmoon