The moon and our little star! 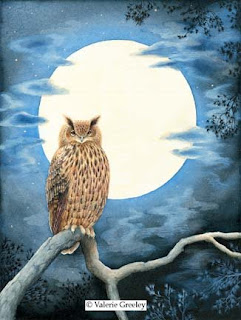 As you might have gathered by now, I have a bit of an obsession with the moon. I think that there is no more magical a sight than a full moon in a clear sky. The first time I ever looked at the moon through an ordinary pair of binoculars I was astounded at how very round it appeared! I love the way the moon appears to change its shape, sometimes a crescent, sometimes a half circle then a full circle. It has such a mystery and a majestic quality about it, the fact that a day on the moon lasts about two weeks, the fact that it has a dark side which we will never see, the way it influences the tides and possibly behavior, all add to its poetry and mystique.

I have been enjoying all the wonderful television and radio programs dedicated to the moon and in particular the moon landings. I am sure those of you who grew up in the sixties will have vivid memories of watching the moon landings on television. When I was little I used to visit a very old lady in her late nineties, she was appalled at the idea that men would land on the moon. She said that the moon was put there by God to light the way for lovers and it was folly to send space ships and rockets there. In the days before street lights a clear moonlight night afforded extra opportunities for “walking out” as she called it. She had memories of soldiers who were sent oversees to fight and who found solace in the fact that the moon that they could see was the same moon that their sweethearts could see at home.

When our children were little they loved to look at the moon, I think that was also one of the first words they said. “I see the moon, the moon sees me” was a favourite rhyme in our house and was the inspiration behind “White is the moon”. When our eldest son first learnt to talk he would say things like “look moon, see my kickerballer boots” I am not sure what the moon replied!

When I first started this blog I decided not to make it too personal and so I try to resist the temptation of posting family photo’s, however I am sure you will understand that some events are just too exciting not to mention. We joined the ranks of proud parents this week as we went to our youngest son’s graduation ceremony. Here is our “Sweet Baby James” all grown up and looking very smart in his new suit. 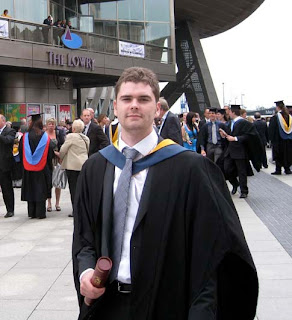