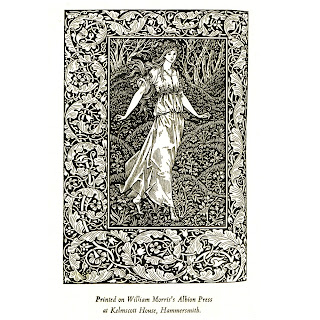 As the sun shines on this glorious summer I have been sitting at my desk painting Christmas candy canes and St Nicholas himself, none of which I can show alas!

However, we found time to return to London and revisit Hammersmith, this time with camera and ticket to visit Emery Walker’s House, possibly the most well preserved Arts and Crafts House in Britain. Although there are no doubt grander houses, to step through the doors of No 7 Hammersmith Terrace is to enter the world not only of Emery Walker, William Morris, Rossetti and Cobden Sanderson but to enter a more domestic, feminine world that made this house into a home. 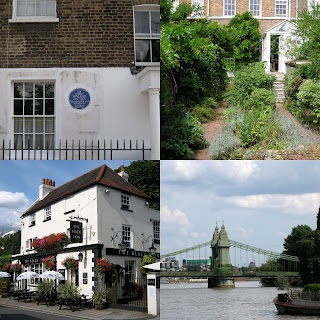 Emery Walker was a typographer, printer and mentor to William Morris; they met through their shared political ideals and became great friends. Emery helped in the establishment of The Kelmscott Press and was a partner in The Dove Press with Cobden-Sanderson. If you visit the house you will be taken back to the days when Emery was a married man with a young daughter Dorothy, who continued to live in the house for the rest of her life. When Dorothy grew older she had a young Dutch companion who also remained there until her death, thus ensuring the continuity of both the house and its contents. You get a real sense of homeliness here, not only are there original Arts and Crafts furnishings, wallpapers etc but also paintings, prints, books and all the paraphernalia of life - an eclectic mix of possessions which make this a home rather than a museum.

You can wander through the garden which fronts the river Thames and get a glimpse of Hammersmith Bridge where Cobden-Sanderson was believed to have stood before he threw the entire type from the Dove Press into the water below after a bitter dispute with Emery. I wonder if it is still there in the muddy depths and what ghostly tales it could tell? 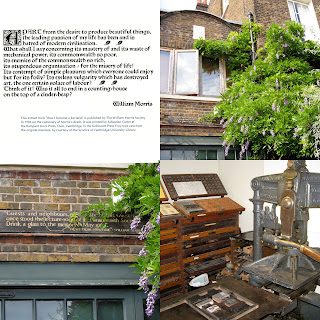 After taking some refreshment at The Black Lion, we continued our walk to Kelsmcott House where we saw some prints being made on William’s lovely old Albion Press. I came home with some purchased for the bargain price of £1 each!

And now for my news; goodness knows what William would have made of our modern world but, the first of my picture books has been made digital and is in the app store now. You can see it here- “White is the Moon” (Auryn Inc) has moved into a new millennium complete with sounds and words, which appear when you touch different parts of the illustrations. For example, if you touch the moon, the written word appears and a voice says “Moon”, how exciting is that? William must be turning in his grave! I hope not. 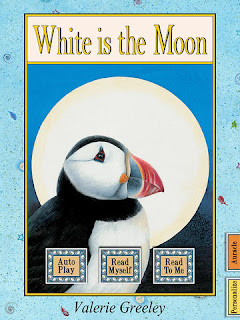